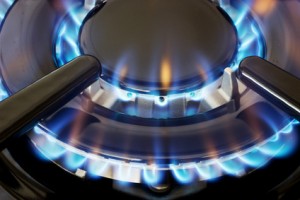 Natural gas supply in Ireland is heavily reliant on the UK market, as we produce very little of our

own natural gas. Although we have a small supply of indigenous natural gas, the majority of our

natural gas needs must be met via the UK market.

Where does natural gas in Ireland come from?

The Kinsale Gas Field, and its satellite fields off the south coast of Ireland have been one

indigenous source of natural gas in Ireland, although production here is expected to decline over

the coming years. Additionally, new production from the Seven Heads facility (through the

Off the west coast of Ireland, further indigenous natural gas supplies have been found at the Corrib

Gas Field. Although some problems with planning permission substantially delayed production at

will fulfil between 40% and 60% of demand for natural gas in Ireland, reducing our reliance on the

Additionally, Shannon LNG have been given permission to build a liquefied natural gas

importation terminal. It is situated on the Shannon estuary, between Tarbert and Ballylongford,

and is expected to begin commercial operation soon. Liquefied natural gas is natural gas that has

been cooled to ­160 degrees. At this low temperature the gas becomes a liquid approximately 600

times smaller in volume than gas. This makes it possible to transport the gas in tankers around the

What’s the demand for natural gas in Ireland?

Around 25% of energy used in Ireland comes from natural gas, with the lions share of energy

demand coming from oil at 56%. This is higher than the European average of 41%, and the

worldwide figure of 36%. Ireland accounts for less than 1% of European gas consumption,

fired stations that will be built over the coming years.

However, gas demand generally is expected to fall, due in part to increasing use of renewable

energy The recent Government initiatives for renewable, clean energy have led to many

need for natural gas in Ireland. Natural gas is considered to be a finite resource, and although there

is still a large supply of natural gas worldwide, demand is increasing – and the number of new

sources being discovered are decreasing. The less we can rely on natural gas in Ireland, the better

gas use massively, as can taking steps to make the most of the energy we do use.