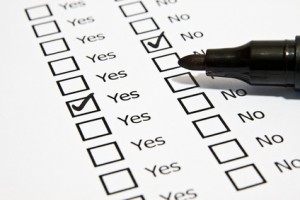 If you’re thinking of replacing your boiler, it’s important to know about the different gas boilers that are available to you in order to know which type is right for your home.  There are many different types of boiler system, including oil fired boilers and even wood fired systems, however this article concentrates on the most common of central heating systems – the gas boiler.

Conventional gas boilers use a water cylinder, usually situated in an airing cupboard, a water tank in the loft and a feed and expansion cistern, also usually located in the loft.  They certainly take up the most space out of the various systems but can be very efficient.

Unlike combi gas boilers, conventional boilers allow multiple hot water taps to run at full efficiency simultaneously, so for a large home with a big family the conventional system is often the best option.

However, because conventional gas boiler systems run on the principle of heating water to use later on, one drawback is the occasional wait for hot water.

System gas boilers work in much the same way as conventional boilers – generating hot water to store and use.  However, the system boiler is a much more compact and easier-to-install system, with most of the system’s components built into the boiler unit. System gas boilers don’t need a feed and expansion cistern, saving space and making installation quicker and easier.

Combi gas boilers don’t require a tank or a water cylinder.  They take their water supply directly from the mains, and heat the water – and the central heating system – on demand.  Because of this, combi gas boilers are highly energy efficient.  Because they run entirely on mains gas and water, less pipework is required in comparison to conventional boilers and system boilers, generally making installation costs lower.

Because combi gas boilers heat water as and when it’s needed, there will be a drop in performance if two or more hot taps are run in the home simultaneously.  This would not usually pose any kind of problem in a home with just one bathroom, so for smaller, modern homes a combi boiler is often the best option.

Gas Services are experts when it comes to installing gas boilers.  When it’s time to consider a new boiler, we will assess your home and provide a no-obligation quote for a new gas boiler system that suits your needs.